Download My Free Book, "5 Ways Your Business Is Losing Tons Of Money (2019 Edition!)" Daniel Mac Sweeney is an investor, entrepreneur, & writer. Through his popular community, Daniel shares his advice on how to motivate yourself for greatness, achieve success in business, invest in yourself for financial freedom forever with 10,000+ people in 40 countries.

Life is just a bunch of hurdles that you have to jump over to reach the finish line. What if I told you that you could go around the hurdles and skip at least 80% of the competition to reach success. You can with the help of a mentor.

Finding mentors can be a acrimonious task and finding the right one to suit your needs is even harder.

Even if you find a mentor, you’ve gotta work hard, put in 100% and focus on achieving your goals.

“Work hard now, so you can reap the benefits later”.

Learning from experience is the best type, sometimes you get stuff right and other times you get stuff wrong. With trial and error you get better at what you do. Your mind grows in awareness, your resilience becomes indestructible and your talent grows beyond any average person.

By learning, you become the learned and when you are the master at what you do, people will look up to you for wisdom and guidance.

When Daniel was 15 he was an average D student. Being in a D class meant that there was no encouragement or drive for excelling in subjects.

But what Daniel learned when he left school was that, while all the A students studied for better jobs, the D students started creating their own.

After travelling and working in Australia Daniel came back to live in his hometown Killarney, Ireland. He was stone broke, unemployed, living out of his parents pocket and depressed.

After a conversation with his father about what to do and what path to take for his future, Daniel’s father said to him,

“You have the ability to do anything, education is the key”.

When Daniel was around 10 he and his family were going to a party. When leaving his home looking at the stars, Daniel saw a huge shooting star shoot across the sky.

This shooting star he reckons started everything.

After seeing this giant shooting star streak across the sky, he knew that he was meant for something special.

But there was one problem, Daniel felt like it would just happen and when it didn’t happen, he knew that he had to take action to make it a reality!

That’s when he came across The Million Dollar Homepage Online. Daniel was in an Internet cafe in his home time of Killarney in 2005. Sitting there on the computer, Daniel saw a news article about a guy from the UK who made a million dollars online from a website. It was called the million dollar homepage a page where people and businesses paid a dollar to list a pixel on the site.

This was really intriguing to Daniel.

On the computer at home reading about ways to start online, Daniel was given a book by sister written by Tim Ferris, called "The 4 Hour Work Week". This was a major mindset for Daniel. He learned that there are many ways to make money online and he was going to try them all until he succeeded. In 2010 Daniel traveled Australia along the east coast. He had a great time travelling and experienced so much. After his travels Daniel got to work, forgetting about everything he wanted to become before.

He worked for an SEO web development company which was extremely interesting and educational. Having worked there two months Daniel moved on the go fruit picking to get a second year.

After a few months back home In Ireland, he came up with the Idea for an App to help people list, find and join running events around the world. DaftRun – The Sports Finder, an App he designed, got developed and released onto the App Store.

He got involved with Domain names in 2015 a year after I created DaftRun. Since then his bought and sold domains, creating a nice pocket money income. Of the Domains I haven’t sold, I still get offers into the thousands monthly.

He has bought and sold thousands of dollars worth of domain names since, of which, wouldn't have been possible if he hadn't connected with like minded people and learned the skills and tactics that didn't work and did work for them.

From personal experience without connecting with like minded people it is very hard to succeed in online business, not just hard, but also time consuming!

He spent every day of the last five years learning everything he could about building an online business, from

Whatever it was, it took him ages to figure out some of the simplest problems.

It wasn't until he joined a Domaining group, he started to succeed online.

He made some great friends, connected with the Pros, that yearly sell names into the six figures.

He learned stuff there, of which he would never have learned without being there, being part of the community.

He learned from the Experts. Some of them were kind enough and shared free valuable information that has made him a small fortune in buying and selling domain names.

They provided him with sales tactics, template emails, marketplace analysis and even offered training.

He has learned that If you want to have that total freedom lifestyle, you need to connect with like minded people.

Daniel has been married to his wife, Sinéad (follow her on Instagram @TheCakeWizard, she makes amazing cakes), since 2016. They have only one daughter between them, who is a teenager. They live outside of Killarney, Co Kerry, Ireland. 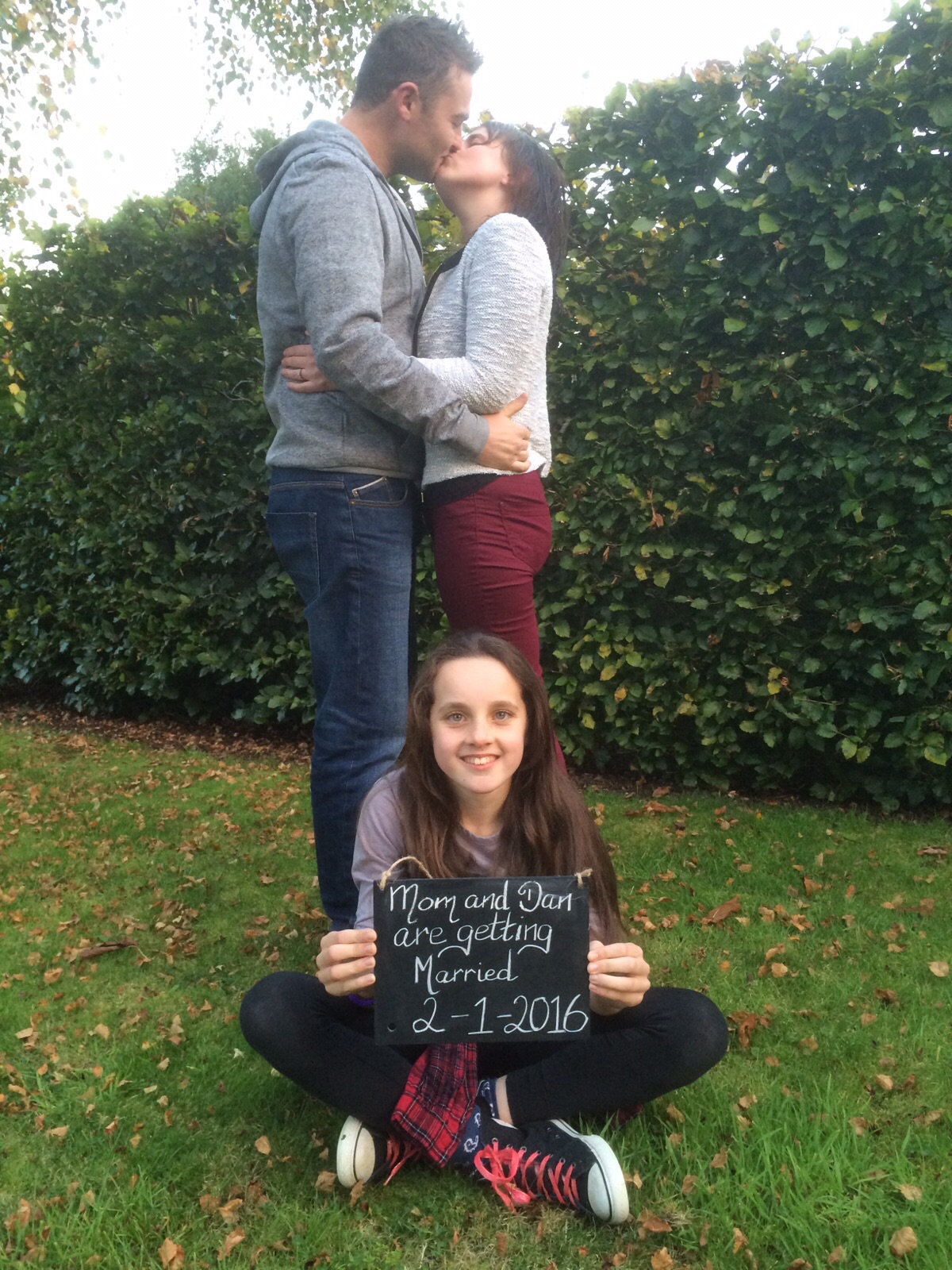 When Daniel is not doing all this online stuff, he enjoys running. He has finished two Adventure races, one half Marathon, three Full Marathons and did Half of an Ultra which was around 104 kilometers, as he injured himself and could not run any further. He also reads a lot and I enjoy listening to influential podcasts about building websites, business, and comedy.

Daniel is the CEO of, you guessed it DanielMacSweeney.com, where he talk about many things, mostly about the structure of business mindset, success, failure, building communities and brands, starting out online and social networks.

He is also a CEO of FinancialFreedomForever.org, where mentors such as himself, help people grow their business mindset and aim for better things for their future and runs a social media advertising agency.

"The #1 Facebook Community for Entrepreneurs who strive for success".

Daniel's Community Financial Freedom Forever is the waiting room for success, as he believes that everyone there has a chance, and he wants to do everything that he can do, to help them succeed. But he want's them to understand that while he and others will try and help them succeed, they will have to do it themselves.

If Success was given to them without guidance, they will only be in for failure.

Just think of being handed the keys to a plane with no experience and told drive... you’re going to crash, but with training and experience, driving a plane can be done.

What people need is a path, that the hardest thing for people is to figure out what to do. So that is what Financial Freedom Forever is, a place for entrepreneurs who strive for success and with Daniel and others help, he hopes to help even just one chance their circumstances.

Recently, I have been featured in the following:

> Inc.com - Why Daymond John Literally Sleeps With His List of Goals

A Gift to say thanks to the Community.

I launched my book and as I sold a few copies on Amazon, but I wasn’t happy...

The reason why is because my goal in life is to help people succeed.

That’s why I’ve made a massive decision to give away my Book for Free...

There is one small catch though, I’m still selling it on Amazon for $.99, so the only place to get it Free is my website, you’ll have to give your email address, and I promise not to bombard you with annoying emails.

The book will only be Free for a limited time only... Now’s your chance to, dream big, focus and just do it.

Enjoy... The Path To Freedom Book